By the early 1600’s the Dutch received land and permission to build a lodge on the east bank of the Chao Phraya river south to the city of Ayutthaya (listed as a UNESCO World Heritage site). The Dutch settlement developed into a separate village and was known to be the most elegant and the grandest in the entire Kingdom. The two-story structure, enclosed by a stockade, was known to the Dutch as de logie, the red building. The building was destroyed by invading Burmese armies in 1767. 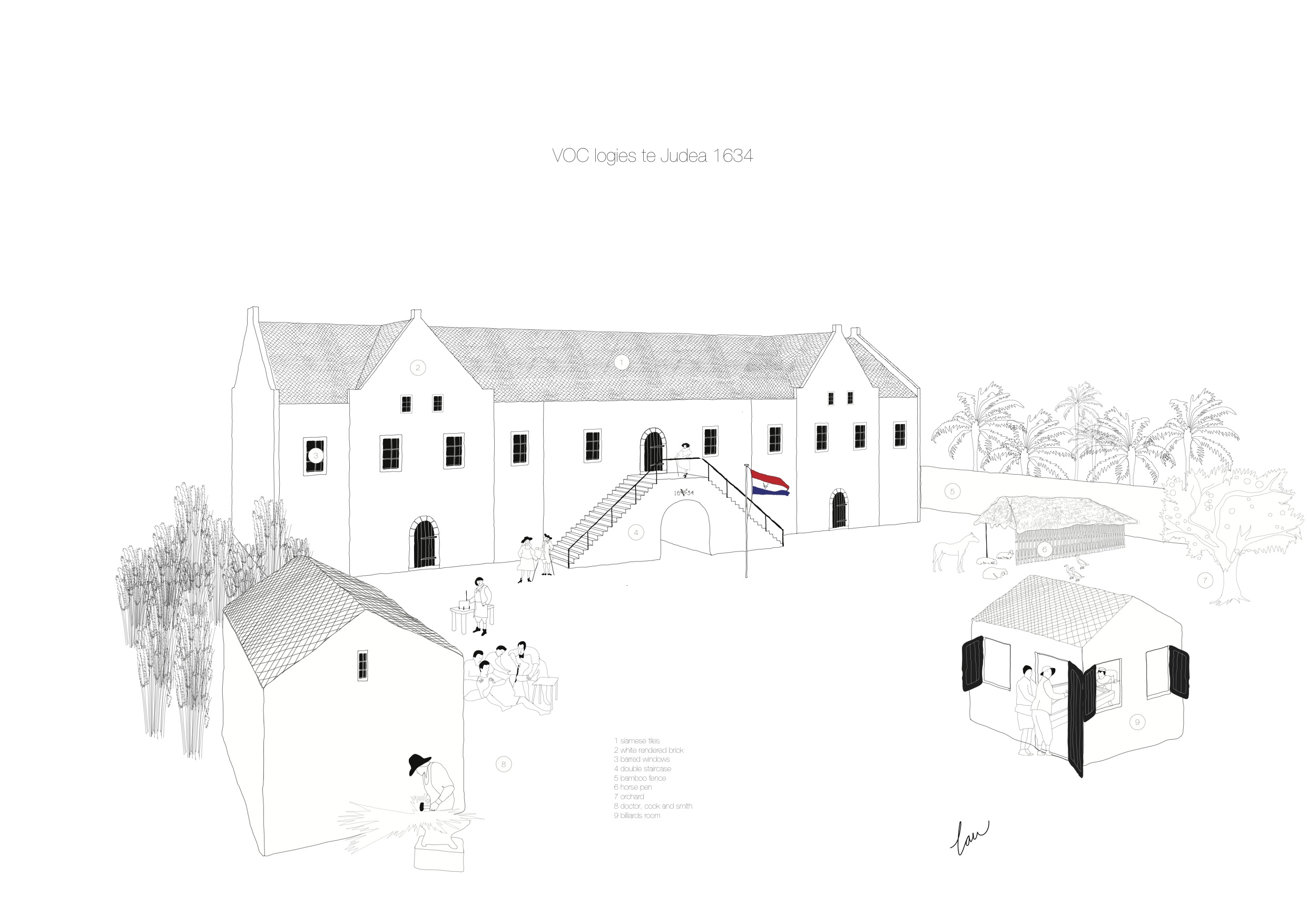 The Dutch lodge was built on 8 rai of land on the banks of the Chao Phraya river. The lodge was a European-style brick building, the residence of Dutchmen who used the place to prepare cargoes, including cleaning goods ready for shipping, and provisions for seamen who sailed to and from Siam regularly.

Between 2004-2008 the Thai Fine Arts Department excavated the Baan Hollanda site on archaeological Findings. The excavations uncovered the remnants of the Dutch lodge with artefacts brought there by the VOC such as Delftware pottery.

In 2004, the Fine Arts Department undertook to excavate and conserve the Dutch settlement in celebration of 400 years of Thai – Dutch relations. Those excavations revealed foundations of three main buildings. Furthermore, an excavation in 2008 revealed further details about the group of buildings, including drain pipes. The excavation has also unearthed many valuable types of artefacts in 2009-2010, such as Chinese porcelain, pottery, Dutch pipes and metal coins. Mostly these were trading goods from the 17th -18th centuries, confirming that this VOC factory was a busy trading spot full of various commodities. 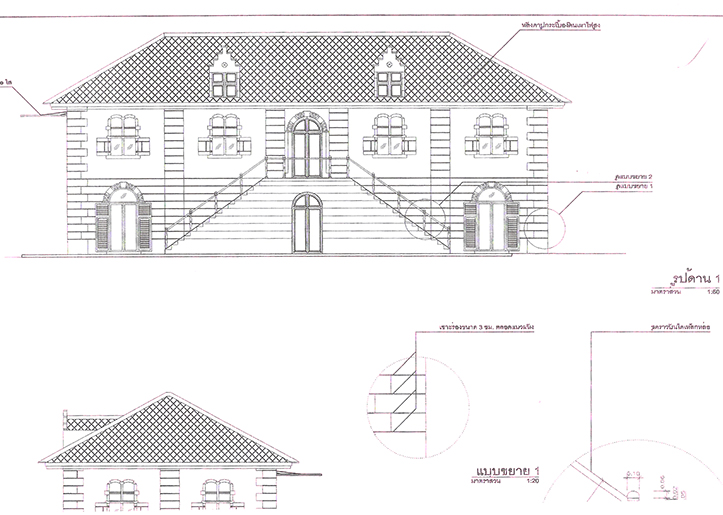 The site is at the exact location were the VOC built its first trading post in 1630. The building is a modern facility with a Dutch colonial styled front facing the river Chao Phraya. It has a unique location – an attractive modern building in the middle of a garden, near the Wat Phananchoeng Temple, and close to the Chao Phraya river.

The architecture is based on the descriptions of the Dutch merchant Gijsbert Heeck noted in his diary from the seventeenth century about the than existing trading post. In his journal, he described that the Dutch lodge was a settlement surrounded by water and enclosed by a bamboo palisade and guarded by strong gates. Used as a residence and an office all at once, it formed an autonomous domain.

Our building is now surrounded by beautiful garden where visitors are welcome to walk around and explore the ground. There is no admission fee for our outdoor area. 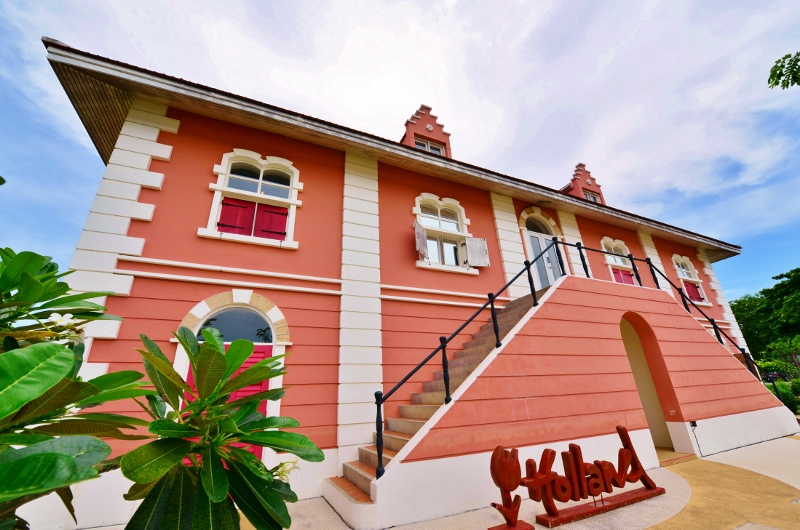